6 DAYS HIKING IN THE MAGICAL MOUNTAINS OF PORTUGAL

TREKKING THROUGH THE WATERFALLS AND LAGOONS OF THE MAGIC MOUNTAINS

A magnificent tour through the breathtaking landscapes of the Magic Mountains, with waterfalls, rivers, lagoons and sharing with the local population

Hike through the natural landscapes of the Freita, Arada, Montemuro and Arestal mountains. For nature lovers and outdoor enthusiasts, these areas are little heavenly places, which appear in the most unlikely locations of this vast mountainous territory, full of rivers, streams and coves with refreshing, crystal-clear waters. We pass through rustic villages built in schist and granite, some of which still have extraordinary traditions.

Accommodation and dinner in Merujal

The Frecha da Mizarela waterfall is a waterfall located in the heart of the granite rock of the Serra da Freita plateau, at an altitude of about 910 metres. It is flowing with the waters of the Caima River and is 75 metres high, making it one of the highest waterfalls in Portugal.

The Caima River giant marmits are cavities in the rocks and are located on the banks and bed of this river, upstream from the waterfall. Their diameters and depths are varied and these marmits are isolated or in groups.

Rural village where the largest and most important quartz vein of this kind in the Serra da Freita can be found.

Village where it is possible to see one of the unique phenomena in Portugal and in the world: the Pedras Parideiras, also known as the nodular granite of the Castanheira. The Pedras Parideiras are a rare geological phenomenon, a kind of stone that bursts out of a mother rock, a nodular block of granite origin, of 1000 x 600 metres, hence the name Parideiras (fertile).

A tiny village with small herds of goats and a set of granaries that are still used to store corn.

One of the most beautiful waterfalls in the Serra da Freita, 15 metres high.

A small village in the municipality of Arões, located between the mountains of Arada and Arestal, is the destination of the guided tour “Por caminhos da Broa” (through the pathways of the Broa) in which the people of the village gather to grind corn and then knead and bake the dough in a community oven, as in the ancient times and according to local traditions.

We walk through the enchanting forests of the region, between the embedded valleys, within the impressive diversity of waterways. The contrast with the irregularity of the mountain range is of great beauty.

This waterfall is formed by successive waterfalls that occur on the Junqueira granite. According to the inhabitants of Paraduça, in the past, women used to come and wash their clothes in the well that is formed downstream of the waterfall, hence its name.

In 2004, five of the mills that served the village of Paraduça were restored. All of them are powered by the same water source, which starts in the Paraduça stream, in an agricultural area.

A beautiful walk along the water stream, with the gentle lapping of the waters and the chirping of birds.

A beautiful village full of life, tradition and agricultural activity developed in terraces.

Village and fluvial beach of Pontemieiro

A nook in the Magic Mountains! A lovely, fully restored village with a community goat herd and artisanal cheese factory crossed by the Amarela (or Arões) river and a beautiful fluvial beach to refresh the body and mind!

During this hike, we will walk along beautiful rivers and wells of crystal clear water, with beautiful nooks and crannies and lush vegetation. We will pass through rustic and traditional villages with granite and schist houses. A peaceful immersion in nature and tradition!

A walk through landscapes of farmland, traditional and rustic trails, the Dolmen and Mamoas da Cerqueira which are megalithic monuments that bear witness to a thousand-year-old history, the granite and schist villages from other times, the waterfalls and streams of clear water, the luxuriant vegetation in refreshing forests during summer…

The village of Amiais has a unique charm, with its panoramic views from natural lookouts, its traditions with its threshing floor, which is the ancient social gathering centre of the farming communities linked to the corn shucking, the still well-preserved granaries.

– Everything else that is not included

A genuine journey of immersion in nature, tradition and exchange with the locals 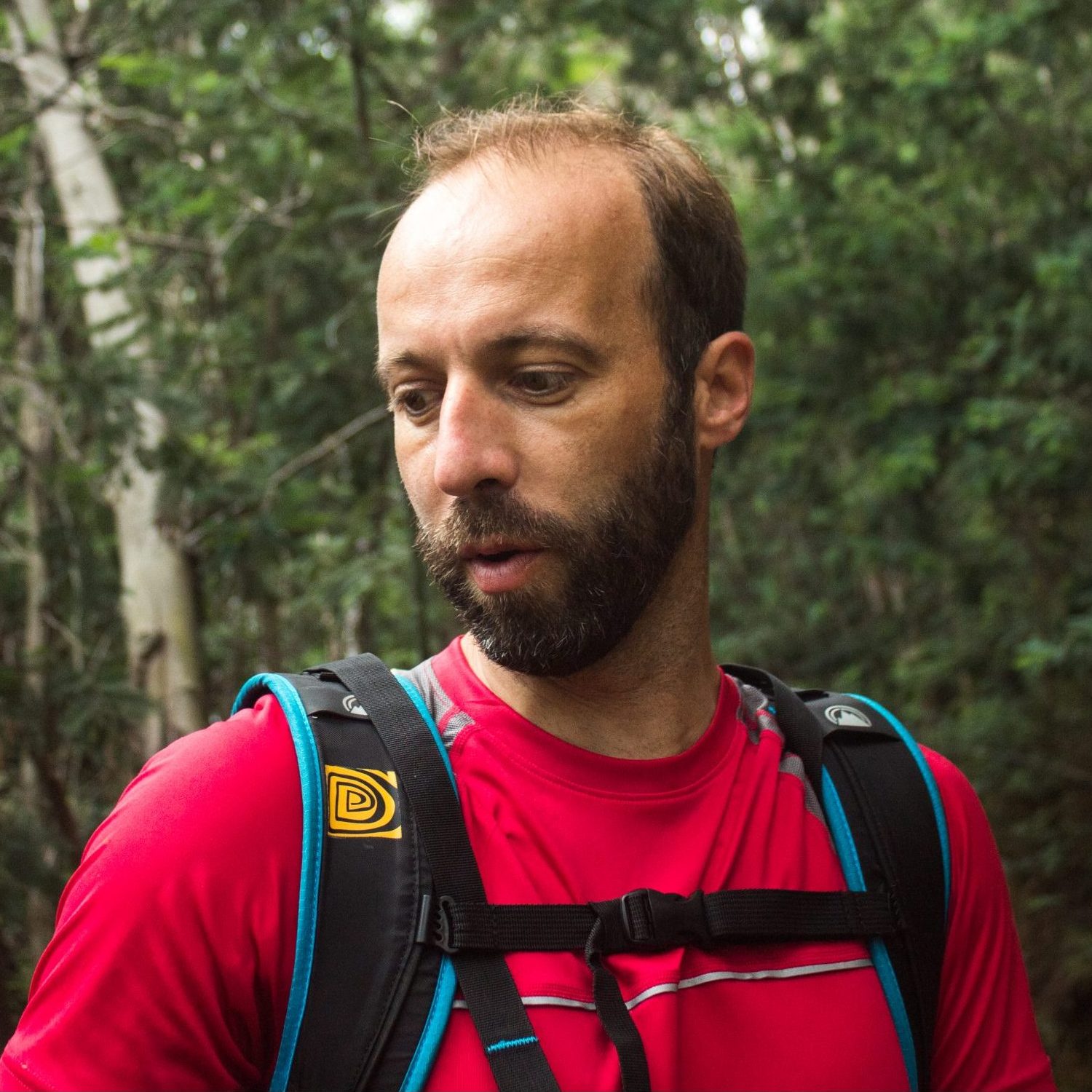 Price for this tour:
800€ per person (based on a 4 persons group)
(customisable in length, experiences, accommodation, …)

– Accompaniment throughout the programme by a guide

– Transport in car from 9 places

← Return to Mountains and Countryside 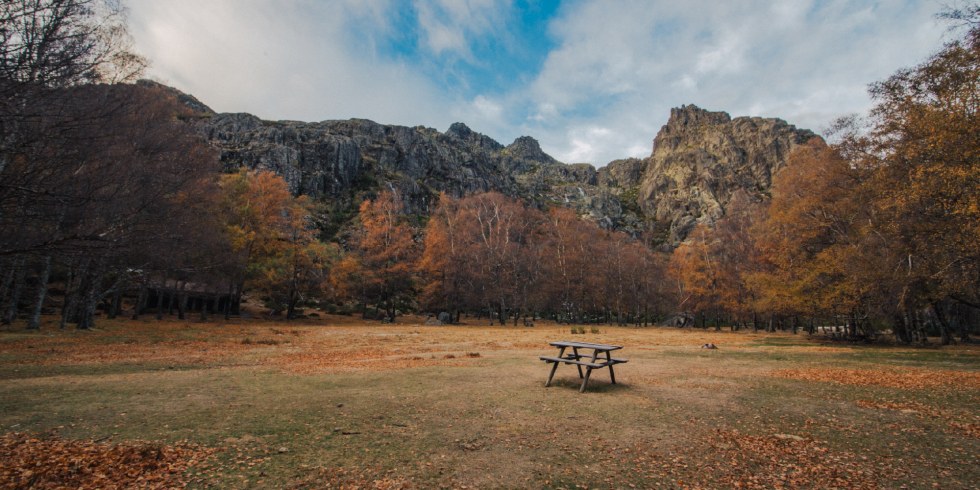 PREVIOUS PROJECT
7 DAYS IN THE CORE OF SERRA DA ESTRELA 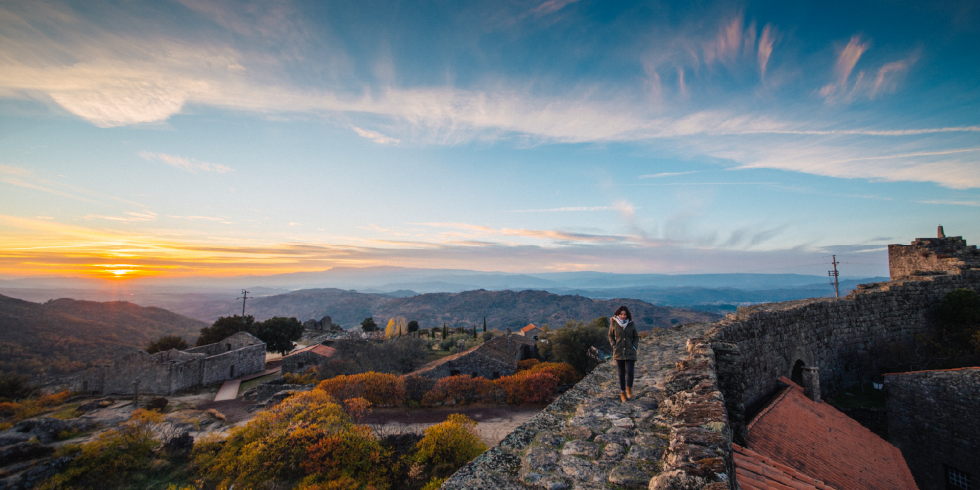