7 DAYS OF BIRDWATCHING IN THE SOUTH OF PORTUGAL

WE WILL TRAVEL THROUGH THE SOUTHERN REGION OF PORTUGAL AND VISIT DIFFERENT PLACES TO OBSERVE THE DIFFERENT SPECIES THAT LIVE AND NEST HERE, SOME OF THEM RARE AND ENDANGERED!

A trail thought and designed to discover the most amazing and dazzling species of birds that exist in the south of Portugal!

This birdwatching program was created for people interested in observing species that only appear in this region of Europe. Portugal has a great diversity of habitats in a short space of time, allowing you to visit many different habitats without the need to travel long distances.

Tagus Estuary Nature Reserve: The Tagus River is the largest river in Portugal. It starts in Spain and flows into Lisbon, with a length of over 1 000 km.

The Tagus Estuary Nature Reserve is the most extensive wetland in the country and one of the ten most important in Europe. It has been granted the status of a nature reserve to protect the migratory waterbirds that can be found here. In peak seasons, the Estuary can host over 120,000 birds!

Being such an important area for birdlife, it is a very important part of our route!

EVOA: The EVOA or Birdwatching and Visitation Space, is inserted in the Tagus Estuary and is a point where visitors can observe birds calmly while enjoying all the surroundings of this space.

It involves a 5 km walk in flat areas.

For the night, we will still search for nocturnal birds, such as the Short-eared owl (Asio flammeus), the Little Owl (Athene noctua), the Red-necked Nightjar (Caprimulgus ruficollis), the Barn Owl (Tyto alba), among others.

Lodging and dinner in Lisbon

Water-bird Watching in Dams in the Beja Region

Odivelas Dam: This dam, made on the Odivelas stream, is one of the largest dams in Lower Alentejo. This place is a reference point for observing birds and their habitats.

It is not a large lake, but it is where the largest number of ducks in the whole Baixo Alentejo is concentrated and its geographical location, the proximity to the extensive rice fields, make it a place where numerous aquatic birds can be seen.

Beringel Dam: a recent dam, which is part of the largest artificial lake in Europe, Alqueva. In this place, once agricultural fields, you can witness the fantastic adaptability of nature.

On this day the focus is on observing water birds.

Lodging and dinner in Mértola

Today, after a quick breakfast, we will visit a hill in the middle of the Alentejo plain. Each species has its habits and behaviour. Therefore, we can expect to see some birds of prey, such as the imperial eagle, by this morning.

Alcaria Ruiva: Alcaria Ruiva belongs to Mértola. Its landscape is predominantly made up of plains and holm oak groves. It is here that we can find the tree of the year 2019, a large Holm Oak, a tree over 150 years old!

Alcaria Ruiva is also known for being a reference point for birdwatching, due to its unusual geological characteristics, a hill in the middle of the Alentejo plain, forms rising thermal currents that birds of prey regularly use to move around the region.

It involves a 3 km hike with a pronounced climb.

Guadiana: The Guadiana is said to be the most navigable river in the Iberian Peninsula. It originates in Spain and flows south of Portugal into the Atlantic Ocean. In its Portuguese course, we can find the Alqueva Dam, in the Alentejo region, which allowed the creation of the largest artificial lake in Europe. This river is navigable to the area of Mértola, a place we visited in the first days.

The Guadiana Valley is also marked by its vast geological diversity, being an important landmark for the knowledge of this heritage.

Observation of birds of prey, such as the Egyptian vulture (Neophron percnopterus), the blue rock thrush (Monticola solitarius) and the peregrine falcon (Falco peregrinus), and also the black-bellied sandgrouse (Pterocles orientalis) and the Calandra lark (Melanocorypha calandra), among others, along the Guadiana river.

Castro Marim and Vila Real de Santo António Salt-marsh Nature Reserve: The Castro Marim salt marsh is one of Portugal’s most important wetland areas and was the first reserve created in Portugal. Located in the most south-eastern part of Portugal, near the mouth of the river Guadiana. It has several habitats, making it one of the areas with the greatest ornithological interest.

Observation of aquatic birds, such as the gadwall (Mareca strepera), the common shelduck (Tadorna tadorna), the black-tailed godwit (Limosa limosa), the greater flamingo (Phoenicopterus roseus), the pied avocet (Recurvirostra avosetta), among others.

Lodging and Dinner in Faro

Breakfast at the hotel before sunrise.

Faro: Faro has been the capital of the Algarve since 1756 and is famous for its beaches and plenty of sunshine. Apart from these fine sandy beaches and countless cliffs, it is also a city full of history, where we can find many signs of the Arab presence in this region, and a strong connection to nature, thanks to the beautiful Ria Formosa.

Quinta do Lago: A beautiful and enormous farm, with a privileged view of the Ria Formosa. Its location makes it a great place for bird watching.

It involves a 5.5 km walk over flat terrain.

During the afternoon we will explore new places trying to find different species from the ones we have observed. One of the highlights is the Salgados Lagoon in the Armação de Pêra area.

Lagoa dos Salgados has recently become a very interesting place for birdwatching. Its conditions are extraordinary for the nesting of many different species. These conditions are due to their different water levels and vegetation.

In this place, you can expect to find species such as the garganey  (Spatula querquedula), the common pochard (Aythya ferina), the water rail (Rallus aquaticus), the Eurasian oystercatcher (Haematopus ostralegus), the grey plover (Pluvialis squatarola), and the bar-tailed godwit (Limosa lapponica).

It involves a 3 km walk in flat areas.

Overnight and dinner in Faro

Breakfast at the hotel before sunrise.

Castro Verde: Castro Verde contains the largest Special Protection Area (SPA), with over 84,000 hectares of protected area. This designation arises because this is a region with a high predominance of important and relevant wild bird habitats, whose protection is central and a priority. It is estimated that around 200 species of birds have been sighted and identified in this area. In Castro Verde, we will be able to see more steppe bird species.

We will continue our exploration of the Castro Verde region, visiting important steppe bird nesting sites. We will observe the lesser kestrel (Falco naumanni), the Eurasian Roller (Coracias garrulus) and the European bee-eater (Merops apiaster).

After dinner, we will have the opportunity to go out to observe nocturnal birds such as the tawny owl (Strix aluco), the little owl (Athene noctua), also possibly the scops owl (Otus scops), among others.

Lodging and Dinner at Castro Verde

Sado Estuary Nature Reserve: The Sado river begins near Beja, in the Serra da Vigia, and flows into Setúbal. This estuary is formed near Alcácer do Sal, a very rich and fertile wetland where more than 200 species of birds seek the Sado Estuary. This reserve is another protected area.

In this place, we will be able to observe birds such as the purple sandpiper (Calidris maritima), the common snipe (Gallinago gallinago), the caspian tern (Hydroprogne caspia), the red-breasted merganser (Mergus serrator), the black-necked grebe (Podiceps nigricollis), among many others.

Overnight and dinner in Lisbon

Transfer to Lisbon airport for the return home

– Transport during the whole programme, as well as roundtrip transfer to and from Lisbon airport

– Accompaniment by a guide (Portuguese, English) who is a biologist and passionate about nature and very experienced in birdwatching

– All that is not in the topic “includes” 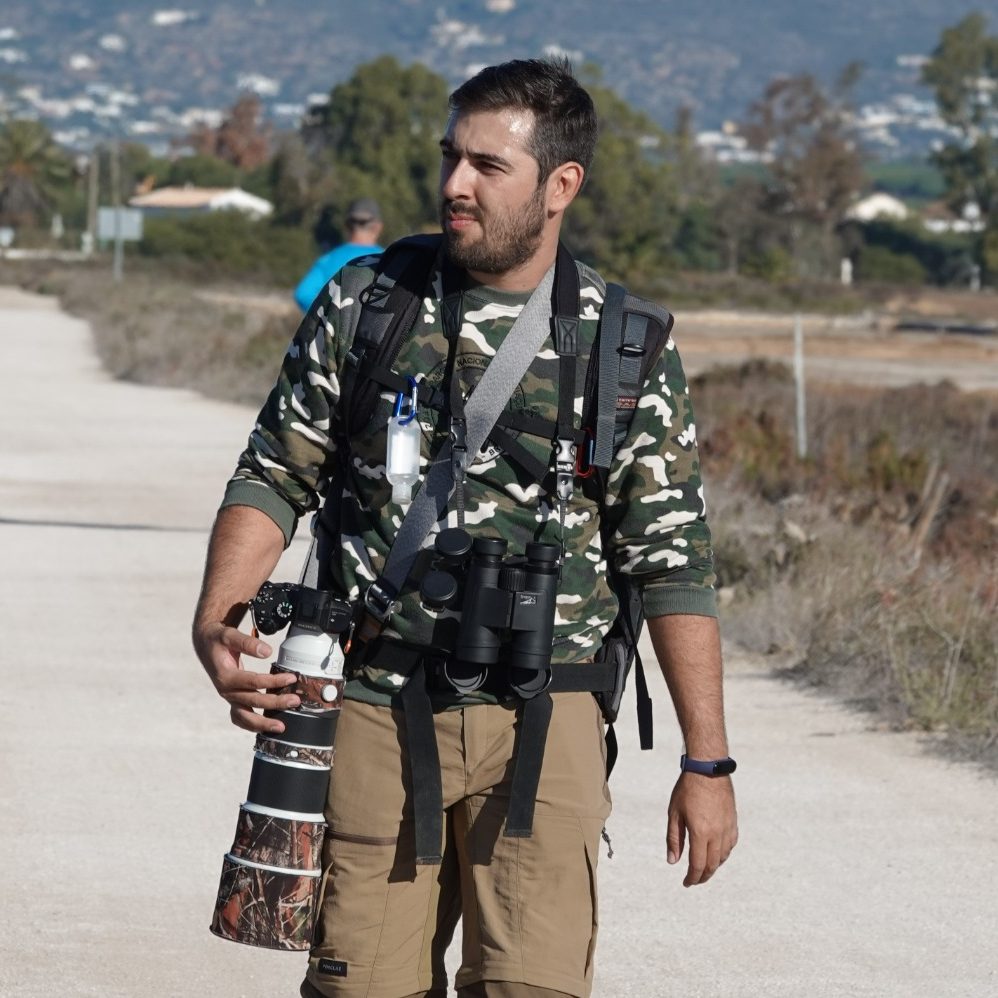 Diogo is a biologist and professional photographer specializing in wildlife, macro photography and landscapes. With Diogo, you will get to observe dozens of birds, but you will also learn more about their behaviors, songs and also about the conservation of these species.

on a 6-person basis:

– Transport to and from the hotel

– Accompaniment by a guide throughout the trip

← Return to Coast and Litoral 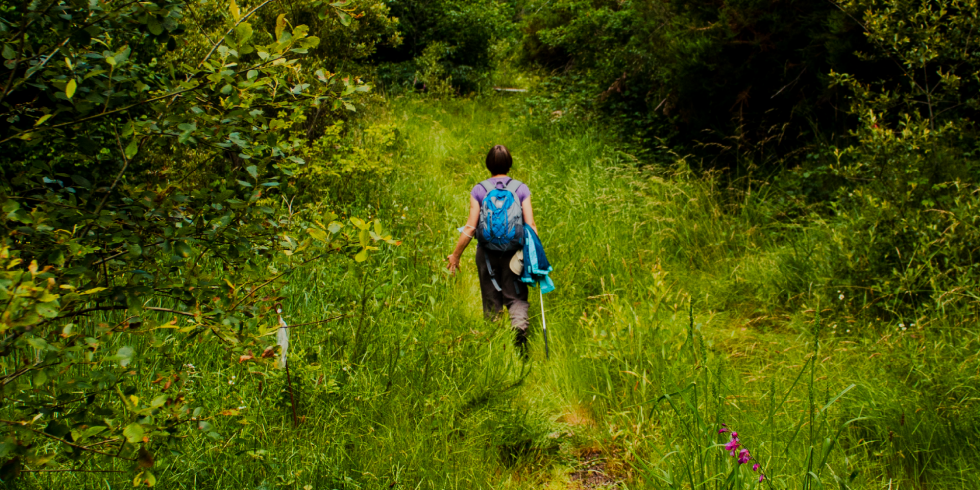 PREVIOUS PROJECT
5 DAYS FROM THE MOUNTAINS TO THE SEA 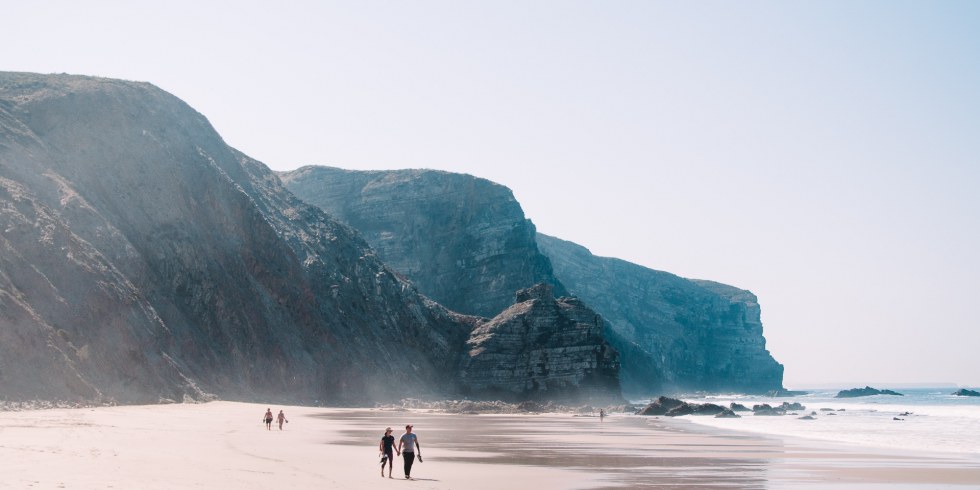