A JOURNEY IN TIME, FULL OF CULTURE AND TRADITION, IN THE STEPS OF PORTUGAL'S HISTORY, THROUGH THE CITIES THAT HAVE LEFT THE BIGGEST MARK ON THE COUNTRY

A journey in time, full of culture and tradition, in the steps of Portugal's history, through the cities that have left the biggest mark on the country

A 9-day journey from Porto to Lisbon, passing through the emblematic cities of Portugal’s history that have contributed the most to the country’s formation. You will travel from ancient times to modern times, passing through the Iron Age. A journey full of culture and traditions, during which you will learn more about the origins of Portugal and its evolution until the present day.

Accommodation and dinner in Porto

Porto: Once known as Portus Cale, it was Porto that gave Portugal its name!

The second most populated city in the country, it is world famous for its wine, bridges, contemporary and ancient architecture, its historic centre classified as a World Heritage by the UNESCO, its Tripas à moda do Porto (tripes Porto style) and much more!

It should be visited for its role in history, especially economic, which thanks to the development of maritime and commercial activity, propelled the city to the head of the Portuguese shipbuilding industry.

It was in the 16th century that Port Wine gained in importance and contributed to the development of the city, especially with the signing of the Treaty of Methuen, establishing important commercial relations between England and Portugal.

It is, for example, very interesting to visit the Palácio da Bolsa, a central monument in the commercial exchanges of the time.

Not to be missed:

Luis I Bridge: It was due to the growth of trade and the increase in transit between Porto and Vila Nova de Gaia, cities separated by the Douro River, that the D. Luis I Bridge was built between 1881 and 1886. This bridge, which is approximately 385 metres long, offers a breathtaking view of the Douro and the city.

São Bento train station: It is in the station’s hall that you can see the azulejos, decorated earthenware tiles, recalling the history of Portugal. Installed at the beginning of the 20th century, they cover an area of almost 550 m2 and represent mainly events in the north of the country.

The Ribeira docks: One of the oldest places and intimately linked to the history of Porto. It is part of the city’s historic centre and is a UNESCO World Heritage Site. In the Middle Ages it was the heart of commercial activities, a place rich in history and culture.

Morning: Guided tour behind the scenes of Porto (half a day)

Afternoon: Visit to the Vasconcellos winery with a quality wine tasting

Guimarães: Portugal’s first capital, it is a mediaeval city that played a crucial role in the formation of the country, and has been in existence for almost a thousand years.

Its streets and monuments breathe history and enchant those who visit them. Its castle is closely linked to the origins of the country and was the residence of the first king of Portugal, Dom Afonso Henriques.

A visit to the fortress-like castle takes you back in time to the days of mediaeval battles.

Lamego: This is the town where the legendary “Cortes de Lamego” were held, they were meetings of the assemblies of the states and kingdoms. Here, D. Afonso Henriques was proclaimed King of Portugal and the first “Rules of Succession to the Throne” of the Kingdom were established.

At the top of Mount Santo Estêvão is the Sanctuary of Our Lady of Remedies (Santuário da Nossa Senhora dos Remédios), a monument of public interest in Portugal. It is an impressive baroque model dominating the city and offering an exceptional view of the surrounding area.

Viseu: Viseu is closely linked to the foundation of Portugal, the first king, D. Afonso Henriques, giving it great strategic and commercial importance.

Afternoon: Visit of Viseu on your own

But it was long before the foundation of Portugal that the mythical warrior Viriato, by leading the Lusitanian troops against the Romans, gave the city a crucial role against the Roman invasions.

The wall of Viseu is a true testimony to Roman history and the political, economic and military role of the city. The archaeological remains found near the wall have not been moved and can be observed, revealing the history as an open-air museum.

Coimbra: It is considered the city of culture, as it was here that Portugal’s first university was founded, now classified as a World Heritage Site by UNESCO.

Coimbra, the country’s second capital, played a major role in the foundation of the Kingdom and its independence.

Through the monuments, you will discover one of the most beautiful and tragic love stories, that of D. Pedro de Portugal and D. Inês de Castro…

You will be carried away by the rhythm of the Fado, this unique musical expression, played and sung by the students of the university and symbol of the identity of the city, which will show you all its romanticism.

Conímbriga: An ancient Roman city, where you will have the opportunity to walk through the ruins, witnesses of the Roman era which was extremely important for history.

It is the best preserved ancient city in Portugal, its walls are almost intact and the mosaics, foundations of houses and public baths are the true imprint of the artistic and manual ingenuity of the time.

During the visit to the museum you can learn more about the city and its people, but also observe the objects discovered during the archaeological excavations, which are also in very good condition.

Morning: Guided tour through the ruins of Conímbriga

Afternoon: Visit of the University of Coimbra and of the Joanina’s library on your own

University of Coimbra: The University of Coimbra is the first in Portugal and one of the oldest in Europe. It was established by D. Dinis, the Poet King, in what was formerly the Royal Palace. This place is full of history and has witnessed many Portuguese events and reigns. A true historical wonder that will reveal the cultural and artistic legacy left by the Portuguese kings.

Joanina Library: It is one of the most outstanding examples of Portuguese Baroque art and one of the richest libraries in Europe. It was built in 1728, on three floors, the noble, the intermediate and the academic prison. During your visit you will be able to admire this masterpiece decorated with gold leaves and brightly coloured paintings.

Mosteiro de Santa Cruz de Coimbra: This monastery was founded in 1132, during the reign of D. Afonso Henriques, by a group of canons of Saint Augustine. Its history is closely linked to that of Portugal, as it contributed to the political affirmation of Coimbra during the formation of the kingdom. Having participated in its evolution, it is the resting place chosen by D. Afonso Henriques. You will be impressed by the interior of the monastery decorated with baroque tiles and covered with huge ribbed vaults.

It was in this city, strategically positioned for the defence of the kingdom, that the Convent of Christ was built, a monument of great architectural richness, which was the most modern and advanced military device of the kingdom, inspired by the fortifications of the Holy Land.

It is very pleasant to walk through the streets of the city for their charm and their artistic, cultural and historical richness.

Morning: Tomar – visit of the castle and the town, with lunch

Afternoon: drive to Lisbon and visit of the city by yourself

Lisbon in 1,5 day: We offer you a journey through the most important historical events from its creation to modern times. You will discover the monuments, buildings and great characters that have marked and crossed the eras with a part of authenticity and soul.  You will understand their role and importance in the economic, cultural and social development and expansion, both nationally and globally, for each key period. You will walk in the footsteps of the Romans, the Muslims, the Spanish and the Portuguese… Practically, you will stroll through the main streets and alleys while learning from our expert historians in the Alfama, Bairro Alto, Baixa, Chiado, Belém and Park of Nations districts…

– Everything else that is not included

Guided visits of monuments and towns

We have a group of specialized and experienced guides who will accompany you in the key moments of your family’s discovery of Portugal! They are passionate people about making Portugal known to those who visit us.

Price for this tour:
1426 € per person, based on 4 persons
(customisable in length, experiences, accommodation, …)

← RETURN TO Cultural Heritage and Traditions 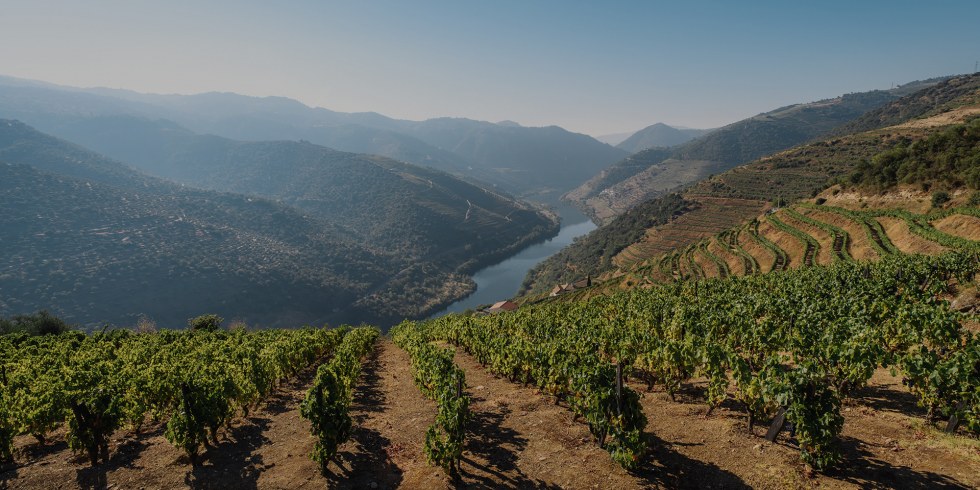 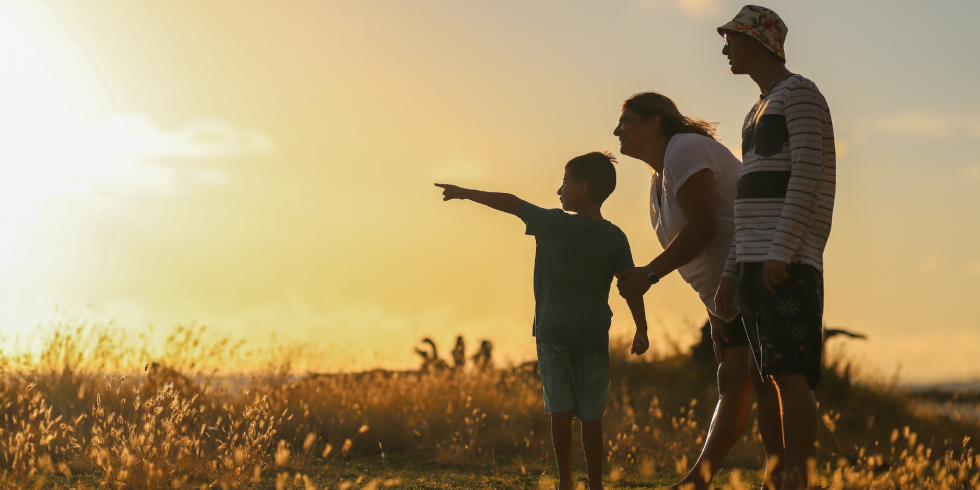